The author was born in Sinn, Germany and grew up in Duncan, Canada.  His lifelong involvement in sports – soccer, running marathons, triathlons, climbing (Everest West Ridge, Aconcagua), kayaking – allowed him to sample the various injuries that each one had to offer, something that prepared him well for a long career in rehabilitation and sports medicine. After completing medical studies (UBC, Vancouver; Montreal), he did four years of general practice, then specialized in Physical Medicine and Rehabilitation (UBC), and completed a fellowship in electrodiagnosis, cardiac rehabilitation, and sports medicine at the University of Washington, Seattle before settling into a career in teaching and consultative practice with the UBC Faculty of Medicine. In 1987, he had a traumatic experience: the nagging right heel pain that had spelled the end of his running dreams and had evaded medical diagnosis for seven years was resolved within minutes after some simple corrective manoeuvres carried out by an astute osteopath, who had correctly diagnosed the pain as being referred from back ligaments put under strain by his pelvis being out of alignment. He soon came to realize not only how easy it is to go out of alignment but also how anyone can learn to recognize the condition, seek help, and take preventive measures. Since then, his efforts have been aimed at getting the word out about malalignment. While his medical books have received international recognition and reached many who still have an open mind, he some time ago came to realize that it is more important in the long run to educate the person on the street, the patient, athlete, and healthcare providers, so that they can recognize whether or not they are out of alignment and make sure they receive the proper treatment. The future beckons, with more writing, teaching, workshops, meetings, and possibly another attempt to return to running, to sample some previously untried injuries, and hopefully pass on any new-found knowledge to you in the near future! Away from the world of malalignment, he enjoys singing with a choir, listening to classical music, reading, and hiking the trails of Port Moody and beyond. 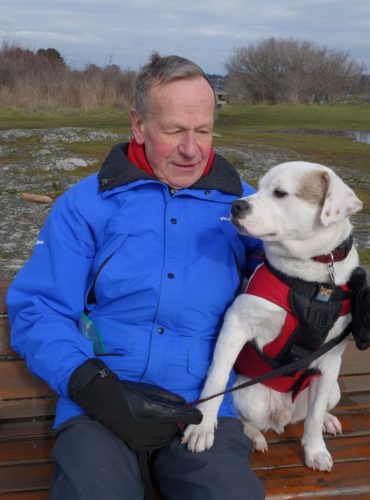 Frostbite, hypothermia and hyperthermia
Physiology of musculoskeletal fatigue
Factors that influence improvement with training
The role of electromyography in clarifying low back pain
Leg muscle cramps
Exercising, hiking and running with a pacemaker

HOBBIES AND OTHER INTERESTS